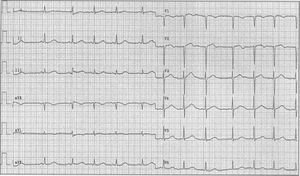 Figure 1: ECG of the patient (on valproic acid).

In the setting of family screening, an 84-year-old lady was invited for a cardiogenetic evaluation. Two of her grandchildren are known with a symptomatic long-QT syndrome type 2 based on a mutation in the KCNH2 gene (E698X). Two of her daughters, among whom the mother of the two affected grandchildren, have been identified as asymptomatic carriers. Based on the autosomal dominant inheritance pattern of the disease either she or her deceased husband should be (or should have been) carrier of the mutation. She has been asymptomatic her whole life and her ECG is completely normal (not shown). Her husband died at the age of 74 years from cancer; he had not been known to have suspect symptoms either; no ECG was available. None of her eight brothers and sisters, nor their children and grandchildren had had any complaints. Just before leaving our clinic, she suddenly remembered that a 14-year-old niece (a daughter of one of her youngest sister’s sons) had been seen by a neurologist because of syncope. Because every syncope in a family member is suspect, it is our policy to ask for an ECG.

The ECG was taken and sent to us (figure 1). It turned out to be of a 14-year-old girl who had had three episodes of syncope. The first occurred without a specific trigger at the age of 12, in the middle of the night. The second and third were probably triggered by emotion. After the third syncope she was referred to a neurologist who started valproic acid despite normal neurological evaluation (including EEG). She had no further syncope.

Figure 3. ECG recording from a dual-chamber ICD. The upper lead is the local activity in the atrium, the lower lead of the ventricle. The initiation of the arrhythmia is not shown. It is clear that the heart rate is considerably higher in the ventricle. A 21.7 J shock terminates the arrhythmia.

The ECG shows sinus arrhythmia with a normal QRS axis. PQ interval and QRS width are normal. Repolarisation is unstable (see lead V2) and the QT interval is slightly prolonged. In the first beats in lead II the QT interval is 460 msec, corrected for heart rate 469 msec (third ST segment). ST-T morphology is abnormal (very low amplitude in the lateral leads, ‘sloppy’ T waves in the inferior leads and biphasic T waves in V2). Altogether this ECG carries a high suspicion of the patient being a carrier of the mutant KCNH2 allele. Further cardiological evaluation is certainly warranted and should consist of 24-hour Holter monitoring and exercise testing. Figure 2 demonstrates a nice example of post-pause T-wave deformation during 24-hour monitoring, which is typically seen in LQT patients. DNA analysis revealed the E698X mutation in the patient. Treatment with β-blockade was started and the valproic acid was discontinued. Two years later she again had a typical syncope with apparently no specific trigger. Because the β-blocker had been used faithfully, an ICD was implanted. A few months later she suffered another syncope. Interrogation of the ICD revealed a rapid ventricular arrhythmia which was terminated by a successful defibrillation shock of 21.7 J (figure 3).

In conclusion, in families with a long-QT syndrome any potentially related symptoms and/or minor ECG abnormalities warrant further investigation. In this patient, at a considerable distance from the index LQT patient, the diagnosis was suspected on the basis of history and discrete ECG abnormalities (figure 1). DNA analysis proved the familial genetic abnormality; the cause of the recurrent syncope was only proved after ICD implantation.