Localisation of the origin of a ventricular tachycardia 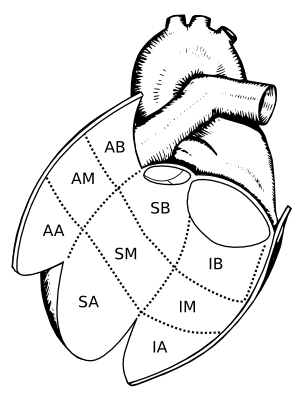 Areas of the left ventricle where VT's can originate from: The left ventricle is depicted as having been opened. Regions are defined as: AA = antero-apical; AB = antero-basal; AM = mid-anterior; SA = apical septum; SB = basal-septum; SM = mid-septum; IA = inferior apex; IB = inferior-basal; IM = mid-inferior. Posterior / lateral is located on the part between anterior and inferior. Adapted from Miller et al.[1]

The steps to finding the exit site are: 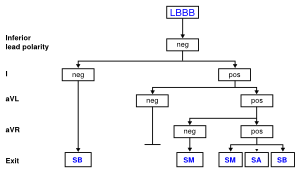 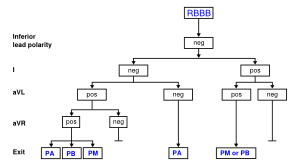 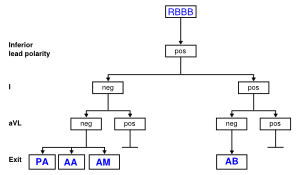