Louis Wolff, Sir John Parkinson and Paul Dudley, who discovered the phenomenon that later would be called the WPW syndrome. Another example of pre-exitation on a 12 lead ECG. Another example of WPW on a 12 lead ECG. 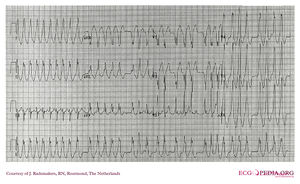 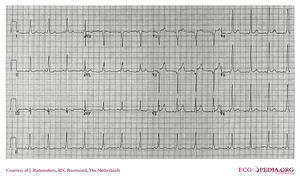 Same patient as above during sinus rhythm: evident delta wave