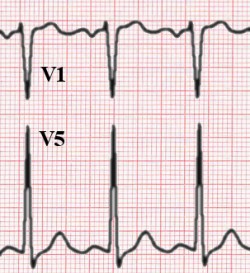 Another example of extreme left ventricular hypertrophy in a patient with severe aortic valve stenosis.