Difference between revisions of "QRS axis"

Click and drag the arrow in the above animation to change the heart axis and see how the ECG changes. 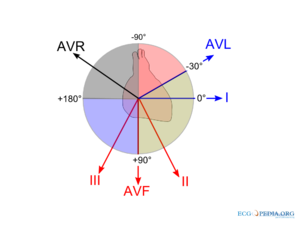 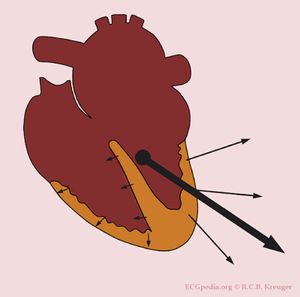 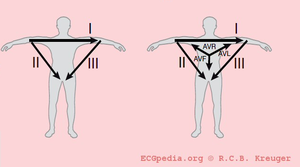 <flashow>http://nl.ecgpedia.org/images/b/bc/Normal_SR_vector.swf%7Cheight=300px</flashow> When you average all electrical signals from the heart, you can indicate the direction of the average electrical depolarization with an arrow (vector). This is the heart axis. A change of the heart axis or an extreme deviation can be an indication of pathology. To determine the heart axis you look at the extremity leads only (not V1-V6). If you focus especially on leads I, II, and AVF you can make a good estimate of the heart axis. An important concept in determining the heart axis is the fact that electricity going towards a lead yields a positive deflection in the electric recording of that lead. Imagine the leads as cameras looking at the heart. Lead I looks horizontally from the left side. Lead II looks from the left leg. Lead III from the right leg and lead AVF from below towards the heart. A positive deflection here is defined as the QRS having a larger 'area under the curve' above the baseline than below the baseline. With these basics in mind, one can easily estimate the heart axis by looking at leads I and AVF: 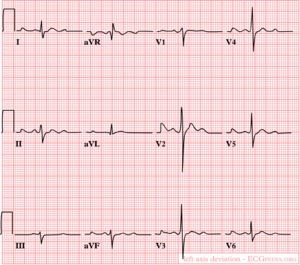 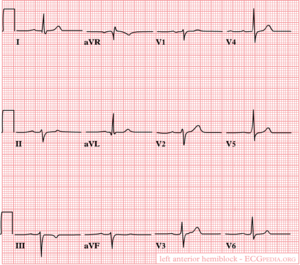 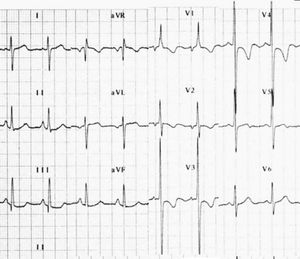 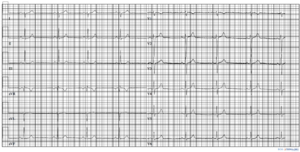